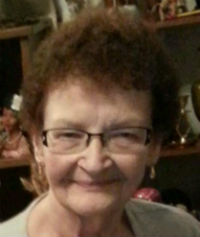 Deloris Evonne Mathews age 83 of Walnut Grove, formerly of Jackson, passed away on Friday, October 19, 2018 at her home.  Funeral Services will be held at 2:00 p.m. Thursday at Trinity Lutheran Church in Walnut Grove.  Visitation will be held one hour prior to services at the church on Thursday.  Interment is in the Walnut Grove Cemetery.  Stephens Funeral Service – Walnut Grove Funeral Home is assisting the family with arrangements.

Deloris was born June 26, 1935 in Estherville, Iowa to Francis & Ethel (Knudtson) Jensen.  She was baptized and confirmed in the Lutheran faith.  She attended Petersburg grade school, and graduated from high school in Jackson.  Deloris was a hard working lady and enjoyed working with the public.  She began waitressing at the Mayflower and later at the Santee Crossing, both in Jackson, for many years.  On November 9, 1984 Deloris was married to Virgil Mathews.  She then worked at Schwan’s in Marshall, Hoyt Gas station, and most recently ended her career at Nellie’s Café in Walnut Grove.  Deloris always remembered her family’s birthdays and anniversaries with cards.  Her pride and joy was her dog Peanut.  Deloris enjoyed reading, shopping, watching movies and collecting items.  She also liked to put together jigsaw puzzles.